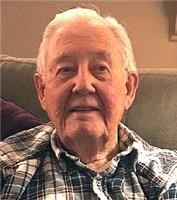 BORN
1930
DIED
2021
FUNERAL HOME
Swan-Law Funeral Directors
501 North Cascade Avenue
Colorado Springs, CO
ALLAN LEE HARTSHORN
February 12, 1930 April 13, 2021
Allan Lee Hartshorn, age 91, beloved husband, brother, father, grandfather, passed away peacefully on April 13, 2021, in Colorado Springs, Colorado. He was born in Pueblo Colorado, February 12, 1930, the second of two children born to the late James and Esther Hartshorn. In 1945 the family moved to Englewood where Allan graduated from Englewood High School in 1948. After graduation, he worked for a lumber company driving a truck, until he joined the Air Force in 1951. He was a Turret Systems Mechanic on a B-29 during the Korean war until 1953. He then opted for the reserves until 1958. In 1953 he worked for his father at his locker plant in Englewood. In 1956 he married Naomi Ruth Painter. They moved to Niwot in 1967 where they established their family. Here, Allan worked at IBM for 25 years. Family was very important to Allan, there were many family gatherings with brother James and extended family. Some of these activities included poker games, 4th of July picnics and holiday celebrations.
Preceding Allan in death were his wife Naomi and his son Robert. He leaves behind to cherish his memory, his loving children Valerie Peterson (Denis), Florence, Arizona; David Hartshorn (Debbie), Dublin, California; Janet Hess (Steve), Erie, Colorado; Cindy Langseth (DuWayne), Colorado Springs, Colorado; grandchildren, Allissa Peterson/Thompson (Caleb), Michael Hartshorn (Charity), Jeremy Hartshorn, Rhett, Sherry and Tawny Langseth as well as a host of wonderful nieces, nephews and friends. Allan enjoyed golfing and woodworking. He liked to fish and ride his bike. He would spend many hours at the Flea Market and going to thrift stores. Family poker games were also a highlight.
Visitation will take place Saturday April 17, 2021 at 1:00 at Swan - Law Funeral Directors 501 North Cascade Avenue Colorado Springs. A celebration of life is scheduled for Saturday April 17, 2021 at 2:30 at Family of Christ Lutheran Church at 675 W. Baptist Rd. Colorado Springs. A private burial will take place at the Foothills Gardens of Memory in Longmont, Colorado.
In lieu of flowers memorial contributions may be made to the Pueblo Historical Aircraft Society 31001 Magnuson Avenue, Pueblo, Colorado 81001.

Published by The Gazette on Apr. 25, 2021.
To plant trees in memory, please visit the Sympathy Store.
MEMORIAL EVENTS
To offer your sympathy during this difficult time, you can now have memorial trees planted in a National Forest in memory of your loved one.
Funeral services provided by:
Swan-Law Funeral Directors
MAKE A DONATION
MEMORIES & CONDOLENCES
1 Entry
Janet and family,
May the love of friends and family carry you through your grief. I am so sorry for your loss.
Todd Grivetti
Classmate
April 30, 2021
Showing 1 - 1 of 1 results