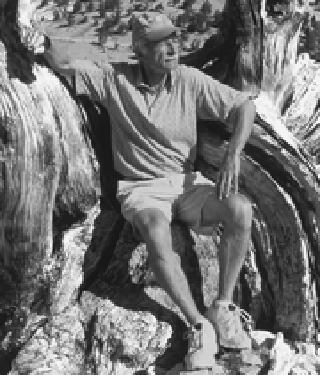 BORN
1942
DIED
2020
de Naray
ANDREW THOMAS "ANDY" DE NARAY
July 3, 1942
January 3, 2020
After a 26-year battle with Parkinson's Disease, Andrew (Andy) de Naray's earthly journey ends, and he begins a new adventure. Andy was born in Budapest, Hungary July 3, 1942. He came to the United States in 1949 with his father and stepmother. They settled in the Chicago area where Andy graduated from Barrington High School in 1961. He attended University of Illinois, Champagne-Urbana, and graduated with a Bachelor of Arts degree in 1965. He entered the US Army later that year and served in the Medical Service Corps until 1977. He was a recipient of the Army Commendation Medal and the Viet Nam Service Medal with two Bronze Service Stars.
Following his departure from the military, he worked in the regional office of the Environmental Protection Agency in Chicago and later served the Department of Defense as an Environmental Planner, first in Mountain Home, Idaho and later at Peterson Air Force Base, Colorado Springs where he retired in 1998. He loved Colorado and all that it had to offer. He also loved to travel, and he was an avid, award-winning photographer who spent many weekends hiking and climbing in the mountains. He also loved trees, especially Bristlecone Pines. One of his favorite spots in Colorado was Windy Ridge. He was a long-time member of American Forests, the National Arbor Day Foundation, the Horticultural Arts Society, and the Pikes Peak Camera Club. He participated in many Arbor Day celebrations and was an enthusiastic participant in the Green Springs projects in Colorado Springs.
The family thanks the staff at Palisades Broadmoor Park, especially his caregivers La Toni, Casia, Grace, Cheryl, Karmen and Peggy. They also appreciate the compassionate care provided by his team from Pikes Peak Hospice and Andy's long-time personal caregiver and companion, Christina Banks.
Andy was a kind and gentle soul with an adventurous spirit, and he will be remembered for his humility and the courage and determination with which he fought the disease that eventually took his life. He is survived by his wife of 45 years, Nicole, his son, Andrew (Samantha), his grandson, Archer, his brother, Geza, and many cousins and nieces. Burial will be at the Pikes Peak National Cemetery. Services are pending and a celebration of life will be held at a later date.
"Good night, sweet prince, and flights of angels sing thee to thy rest." You are always in our hearts.

Published by The Gazette on Jan. 5, 2020.
To plant trees in memory, please visit the Sympathy Store.
MEMORIAL EVENTS
To offer your sympathy during this difficult time, you can now have memorial trees planted in a National Forest in memory of your loved one.
MAKE A DONATION
MEMORIES & CONDOLENCES
3 Entries
Andy, you were a very special person and will be remembered by all that knew you at Rocky Mountain PACE. You always brought a smile whenever you were there. Rest in peace my dear friend. Jerry McConahay
January 9, 2020
Many wonderful memories of an outstanding guy! Much love to family!
Marti Schaap
January 5, 2020
Andy was a Friend of mine,you will be missed,we shared many happy times together,while you were attending Rocky Mountain Pace.
Linda Chatman
January 5, 2020
Showing 1 - 3 of 3 results