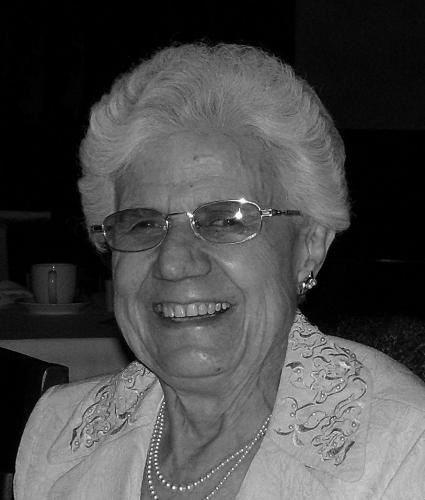 FUNERAL HOME
Swan-Law Funeral Directors
501 North Cascade Avenue
Colorado Springs, CO
Bambina Marcantonio Venetucci was born on June 16, 1929 to Italian immigrants in Frederick, Colorado. Bambi was a gracious lady who overcame many challenges in her life. In order to pursue her educational goals, Bambi left her home and family in Frederick at the age of 7 to attend the Colorado School for the Deaf and Blind in Colorado Springs.

The education she received there gave her the skills to become an independent and confident woman. In addition to reading, writing and arithmetic, she developed a love for knitting, cooking, and music.

She was the first blind student to attend CU Boulder and after a professor told her that she didn't belong there, she became even more determined to succeed. She eventually graduated with a degree in special education and taught Kindergarten and 1st grade at the Colorado School for the Deaf and Blind.

As a teacher, she paved the way for people with disabilities to be able to go to school, graduate from college and get a job. She taught the children how to become a person and be successful in their lives. She was the Colorado teacher of the year in 1983 which she accepted with grace, humility and gratitude. She retired from teaching in June of 1984 and married her long time love Nick Venetucci in December of 1984. They lived on the Venetucci Ranch where they continued to give to the community.

Bambi's life on the farm was spent cooking and entertaining all who dropped by, along with organizing the different school groups who came to the farm during the annual pumpkin giveaway.

It warmed her heart that she was able to be part of the building and growth of St. Dominics Church.

After Nick passed in 2004, she was so proud to purchase her own townhome and loved her neighbors and all of the neighborhood activities.

She resided in Arvada for the last few years of her life to be closer to her family, who were grateful to have her nearby.