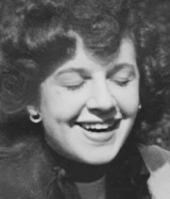 SIERRA VISTA — Barbara L. Cummings - Long, passed away suddenly on April 14th, 2021. She died of Non-Hodgkin's Lymphoma within 45 days of diagnosis. Her family was with her by her side in Sierra Vista, Arizona. She is survived by Robert D. Long, her husband and companion of 40 years, children Larry D Cummings of Quinlan, Texas, Susan D Peters of Canyon City, Colorado, Sally L McKellup of Colorado Springs, Colorado, and Stanley D. Cummings of Huachuca City, AZ. Also surviving are her ten grandchildren: Hailey, Angela, Justin, Lance, Nicholas, Patrick, Joshua, Elizabeth, Cameron and Tanner, and four great-grandchildren— Evan, Raime, Karsen and Linnick. Barbara's siblings Richard Adams of Norfolk, England and Pamela Adams-Stoneham of High Wycombe, England survive her, but she is predeceased by her brother Robert Adams.

Barbara was born to Horatio George Adams and Marie Louise Adams (Merchant) on June 10, 1935 in Surrey County, England, and was a World War II baby. Her family on the other side of the ocean recollected many amusing stories about their sister, who they referred to as Babs. Babs was never shy and had to try everything. Her younger sister by 13 years, Pamela Stoneham of England, said "Babs was quite the one with the boy's— black hair, blue eyes and a great figure!" Babs once worked at Madame Tussauds (wax museum) in London and would take Pamela with her. She delighted in frightening Pamela with all the gory mannequins and torture exhibits. However, Babs' fascination was for animals, especially horses. She loved to ride. Richard, her brother nine years younger, reminisced of the good old days when the two of them walked to town three to four times a week and watched the race horses training on the heath. Richard said, "Babs will always be in my heart and always be my big sister."

As a young woman, Barbara worked part-time as a Veterinarian Assistant. Her backyard in Hatch End (Surry, England) was a restful place for critters, birds, dogs, and cats that she brought home to nurse back to health. Barbara's passion for animals extended throughout her life as she supported many charities and rescue groups for animals. While she was living in Colorado Springs, Colorado she continued to work as a veterinary assistant. She was a breeder of Yorkshire Terriers, Saint Bernards, and in Arizona she bred beautiful Rottweilers. Barbara's love of animals was passed down to her children and grandchildren.

Barbara eventually married and moved to the United States. She traveled as a military wife and raised four children. Barbara was a very supporting mother to her children. She could be very firm, but her beautiful English lilt brought grace and compassion. Barbara was kind, genuine, generous and loving to everyone.

Barbara was somewhat of an entrepreneur. She built and owned an English tea house named the Whistling Kettle, in the heart of Old Colorado City. She owned an antique store and was co-owner of Springs Building Maintenance. Barbara had a unique ability for interior decorating. The many homes she purchased throughout her life were an excellent outlet and showcase for her talents. She could capitalize on a home's best features. Gardening and avid reading were also her gifts. In her later years, she would become an RV snowbird traveling between Colorado and Arizona and finally, settling in Sierra Vista, Arizona. She enjoyed playing Bingo, Kino and frequently took the local tour bus to Casino Del Sol and Desert Diamond in Tucson. She could hardly wait for Covid-19 to end so she could return to the casinos. Rumor is she was very accomplished at gambling. We already miss her immensely and will continue so until we meet again.

Burial arrangements were provided by Hatfield Mortuary in Sierra Vista. Her family will celebrate her life privately at a later date. 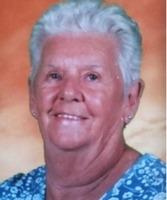 Published by The Gazette from Jun. 4 to Jun. 6, 2021.
To plant trees in memory, please visit the Sympathy Store.
MEMORIAL EVENTS
To offer your sympathy during this difficult time, you can now have memorial trees planted in a National Forest in memory of your loved one.
Funeral services provided by:
Hatfield Funeral Home
MAKE A DONATION
MEMORIES & CONDOLENCES
0 Entries
Be the first to post a memory or condolences.