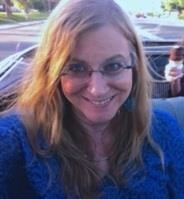 Chrystal was born in Englewood, CA on 4/5/1962. Chrys graduated from local high school Cheyenne Mountain in 1980. In 1999, she graduated with a BA in cross-cultural humanities at San Francisco State. She then moved to Austin in 2001 for graduate school where she earned an MA in American Studies at UT Austin in 2005. She finished her PhD in Environment and Resources at the University of Wisconsin in 2014.

Chrys's music career started when she played as guitarist for New Wave band Tokyo Vogue, popular in the San Francisco Bay Area. Next she toured as bassist for The Mission U.K. in 1987. She continued to tour with various San Francisco rock bands, venturing as far as Guam and Ireland. Chrys also performed and recorded with ambient act Temporary Temple and solo artist Stephen Kent. In 2003 she released a solo album: Through the Airlock. 2009 saw the release of Stratagem, with Romanian percussionist Catalin Pintea AKA MJCatalin. 2017 saw her last album of original music by the Grand Transients, which includes Michael Ver Steegt and Matt Covert. Chrys collaborated with Matt Labarge, to create Larkenlyre's Omnia, which came out in early 2018. She was working on a new album "Then I Must Go" at the time of her death. Chrys's music is currently available on Spotify.

Per Chrys's wishes, her body was donated to science and there will be no funeral. However, a celebration of life is being planned for a future date.
Published by The Gazette on Jan. 7, 2022.
To plant trees in memory, please visit the Sympathy Store.
MEMORIAL EVENTS
To offer your sympathy during this difficult time, you can now have memorial trees planted in a National Forest in memory of your loved one.
MAKE A DONATION
MEMORIES & CONDOLENCES
1 Entry
Chrys was a genius and a phenomenal musician and a truly kind person. I hadn't seen her since high school until our high school reunion this past Summer. She gave me a copy of her Grand Transients cd, which is fabulous, and we "promised" to get together and play guitar "soon." I'm truly saddened by this loss.
Otto Hilbert
Friend
January 12, 2022
Showing 1 - 1 of 1 results