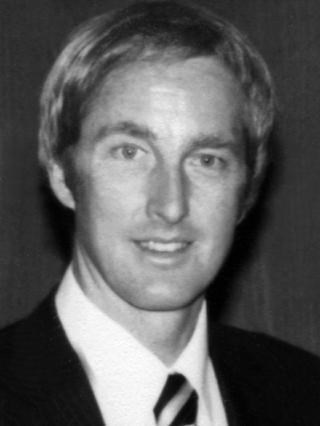 BORN
1940
DIED
2020
Edwards
P EDWARDS
April 15th, 1940 October 29th, 2020
Daniel Paul Edwards passed from this earth and entered eternal life on October 29, 2020.
Daniel was born April 15, 1940 in Enid, Oklahoma to Daniel Paul Edwards, Sr. and Joye Edwards. His father was a lawyer and judge, and his mother was a homemaker for Dan and his older sister, Joy Ann. Dan was very fortunate to live right next door to his grandfather, Dan Luther Edwards, a retired Presbyterian minister who had come to Oklahoma while it was still Indian territory, and who instilled in Dan his family's Christian legacy.
In 1958 Dan graduated from Enid High School, where he was a member of the Oklahoma State Championship basketball team, and also played varsity baseball and football. He went on to the University of Oklahoma where he belonged to Phi Delta Theta fraternity, of which he was president in his senior year, was a member of Phi Beta Kappa, and graduated magna cum laude in 1962. Dan was offered and accepted a scholarship from Harvard Law School, where he graduated in 1965 with a J.D. (Juris Doctor) degree.
Dan moved to Colorado Springs right after his graduation from law school in 1965 and joined the law firm of Philip Cole and the Governor of Colorado, John A. Love. He remained with this firm for 17 years, as the firm grew to 10 lawyers and became Cole, Hecox, Tolley, Edwards, and Keene. In 1982 Dan left the firm to hang out his own shingle, and soon after also became of counsel to a prominent Denver law firm, Hughes & Dorsey. While practicing law full time, from 1975-85, Dan taught business law as a Visiting Professor on the faculty at Colorado College. During his final years of practice, Dan was a member of Edwards and Sabo, LLP, practicing mainly estate and business planning.
On March 27, 1976, Dan married his beloved wife, Virginia Lee Kidd ("Ginny"), who had also grown up in Oklahoma, graduated from the University of Oklahoma in 1964, and moved to Colorado Springs to teach Special Education in Districts Two and Eleven.
In 1982, Dan and Ginny had a son, Austin Edwards, who brought them much joy as he moved through his school years (amid soccer, hockey, tennis, squash and lacrosse), graduating from Cheyenne Mountain High School in 2001, and the College of William and Mary in 2006.
Dan is survived by both Ginny and Austin, as well as his sister, Joy Ann Lee (Donald), of Dallas, Texas, his sister-in-law, Nancy Whitten (William) of Oklahoma City, and his nieces and nephews, Don, Patricia, Debbie and Suzie, and 13 cousins, most of whom also live in Oklahoma.
Dan, Ginny, and Austin spent many happy times skiing, hiking, and biking at their condominium in Breckenridge, and later swimming, biking, and playing tennis at their second homes at Kapalua in Maui, Hawaii and then on the Big Island. Dan, Ginny (and Austin) loved traveling together -- including several trips to Europe.
Dan was a member of the El Paso County and Colorado bars, and was also licensed to practice in Arizona and Hawaii. During the Vietnam war, Dan served in the Air Force Reserve for six years. Dan was a past member of the Broadmoor Golf Club, the Garden of the Gods Club, the Cheyenne Mountain Country Club, and the El Paso Club; and the First United Methodist Church of Colorado Springs.
At Dan's request, a private memorial service will be held for immediate family at the Chapel in First United Methodist Church, where Dan and Ginny were married, at yet to be determined future date.

Published by The Gazette from Nov. 7 to Nov. 8, 2020.
To plant trees in memory, please visit the Sympathy Store.
MEMORIAL EVENTS
To offer your sympathy during this difficult time, you can now have memorial trees planted in a National Forest in memory of your loved one.
MAKE A DONATION
MEMORIES & CONDOLENCES
2 Entries
Dan was my attorney for over 30 years and gave me such good advice. I attribute much of my success to following Dan’s advice. He was kind and considerate and I will miss him very much!
John Wright
November 17, 2020
I had the honor of holding the position as Dan’s Paralegal for 25 years, and will never forget our teamwork and friendship. He was a true southern gentleman, and made my time with him so special by always remembering to tell me how much he appreciated my work. He was so kind and brilliant, and I admired him greatly. He made the clients feel at ease and respected, and I can’t think of anyone else with whom I’d rather have spent my working years. My heart is so sad, and my condolences go out to Ginny, Austin, and family. I will miss you, Dan, until me meet again.
Jan Buechler
Coworker
November 7, 2020
Showing 1 - 2 of 2 results