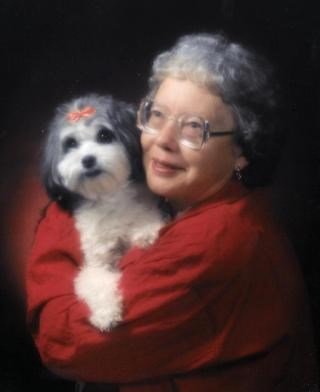 FUNERAL HOME
Shrine of Remembrance
1730 East Fountain Blvd.
Colorado Springs, CO
Pierson
Ethel L. Pierson
December 31, 1932 - February 14, 2018
Ethel L. Pierson (nee Meyer) passed away peacefully at Penrose Hospital on Wednesday, February 14, 2018, after a short battle with cancer. She was 85.
She was born December 31, 1932 in Britt, Iowa, the oldest daughter of William A. Meyer and Mary A. (Jackson) Meyer. She attended Britt School until 1939 when the family relocated to Percy, Illinois, and graduated from Trico High School in 1950. She attended Colorado College and pursued general education courses. She married Bob G. Pierson on May 15, 1953 at Steeleville, Illinois. They moved to Colorado Springs in 1953 and were lifelong residents here, celebrating 56 years of marriage. She was employed by Walter Drake for a short time and then returned to home-making.
She enjoyed reading, cooking and baking, and her many craft projects. She created beautiful hand-made quilts and afghans and enjoyed teaching others. Her crochet skills won many ribbons at the State Fair in Pueblo. She will be remembered as a giving and gracious lady, but with an amazing sense of humor. She will be missed by her family and her many friends.
Ethel was preceded in death by her husband, Bob, and her parents, a brother, Wayne, and brother-in-law Jim, and sister-in-law Patsy. The surviving family includes Marilyn Meyer of Pinckneyville, Illinois, and Judy James of Kenney, Illinois. She had 4 nieces, Patty and (Mike) Hagene, Marsha and (Jan) Byrd, Brenda and (Stan) Gerlach, and Donna and (Steve) Owen, as well as numerous great-nieces and nephews.
Family would like to thank both the staff at Brookdale and Penrose Hospital for their care and comfort during her last days.
In lieu of flowers, the family requests donations be made to: Pikes Peak United Methodist Church, 2927 West Pikes Peak Avenue, Colorado Springs, Colorado 80904.
Online Condolences:
ShrineOfRemembrance.com

Published by The Gazette on Feb. 21, 2018.
To plant trees in memory, please visit the Sympathy Store.
MEMORIAL EVENTS
To offer your sympathy during this difficult time, you can now have memorial trees planted in a National Forest in memory of your loved one.
Funeral services provided by:
Shrine of Remembrance
MAKE A DONATION
MEMORIES & CONDOLENCES
1 Entry
Ethel and Bob were our friends, neighbors
and camping buddies for many, many years.
We have so many good memories. Ethel will be missed.
Sympathy and love to her family.
Ben and Jan Eldridge
Janet Eldridge
February 21, 2018
Showing 1 - 1 of 1 results