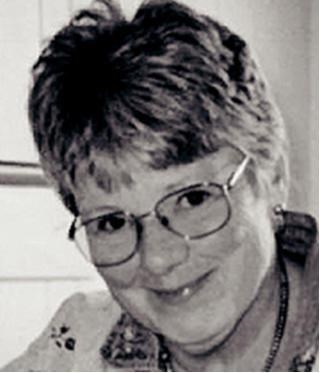 Pettit
Janet Pettit
1937 - 2018
Born in Hastings, Nebraska; her family moved to Colorado Springs in 1945. She graduated from Cheyenne Mountain High School in 1955 and married Lew later that year. They moved to their first and current home in Cascade in 1956.
Jan always had the heart of a historian which she used to author many newspaper articles and editorials, which led to books including Utes, The Mountain People, A Quick History of Ute Pass, co-author of Pikes Peak, America's Mountain Official Guide, and Executive Producer of the documentary film "Bear Dance". She also created paintings, batiks, and award winning pottery. Jan enjoyed trail riding (being an original member of the Aspen Poppers), jeeping, and campfire gatherings with her family and friends!
Jan was the founder of the Ute Pass Historical Society and developed educational programs with support of the Ute People which have been presented nationwide for the National Parks Service, the National Association of Interpreters, Colorado-Wyoming Museum Association, Colorado Outdoor Education Center and thousands of school children and educators. Jan also served as director of the Pikes Peak Hill Climb Museum and consultant for exhibit developer of the Pro Rodeo Hall of Fame.
Jan is preceded in death by her mother Madeline Busby, and husband Lew Pettit. She is survived by three daughters- Kim, Lin and Jil; sister Sherry; seven grandchildren- Oak, Cole, Danielle, Cord, Caleb, Eleasah, and Myrrhiah; thirteen great grandchildren, two nephews and three great nieces and nephew; She also left behind many lifelong friends who she considered family and her beloved cat Sampson.
Jan's memorial service will be held at The Church in the Wildwood on Friday February 9th at 11:00 AM. In lieu of flowers, in honor of her self-proclaimed obsession with history and the Ute People, please send donations in memory of Jan Pettit to Ute Pass Historical Society, 231 E Henriette Ave, Woodland Park, CO 80863.

To plant trees in memory, please visit our Sympathy Store.
Published by The Gazette on Feb. 6, 2018.
MEMORIAL EVENTS
No memorial events are currently scheduled.
To offer your sympathy during this difficult time, you can now have memorial trees planted in a National Forest in memory of your loved one.
MEMORIES & CONDOLENCES
7 Entries
Jan was such a genuine person. She gave me direction in how I want to live my life.
Barbara Potter
February 9, 2018
My high school days in Cascade were enhanced by her work, and I did not realize it at the time. It was a pleasant surprise to learn of her legacy in the area, and especially to know she founded the Ute Pass Historical Society. Condolances to my friend Kim.
Lionel David Yetter
February 9, 2018
Jan was an amazing person. She made me laugh so much when I was younger. She started the Ute Pass Historical society. She published books. Always cheerful. She will be missed by all who knew her. We had so many good times with the horses.
I will always remember her. She has a special place in my heart.
Jo Reed-Fuson
February 7, 2018
Sending hugs.
Leila Fuller
February 7, 2018
Jan was a Charter Member of the Pikes Peak Chapter of the Colorado Archaeological Society. She and many others lead the way to form an organization that celebrated 35 years in January. Her legacy lives on in everything she was involved in. Thanks Jan for being one to step up and lead the way. You will be missed.
Judy Kilgore
February 7, 2018
Eddie and Betty Box Jr. Our father "Red Ute" Eddie Box Sr. gave the introduction to the book Utes the Mountain People. We are going to be there for Jan's service. We are going to offer a Ute Blessing.

Eddie and Betty Box Jr.
February 6, 2018
I am thankful that Jan has been an important part of my life, and I will cherish the memories of time spent with her and the family. I will miss her and the wonderful notes that she wrote.
Love to all,
Sara Pettit
February 6, 2018
Showing 1 - 7 of 7 results