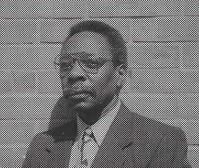 In the early morning hours of July 21, 2021, Jesse took his last breath with his daughter by his side. 84 years seems a long time, but for those who knew and loved Jesse, he is gone much too soon.

Born on a farm in Durham, North Carolina, Jesse was ambitious and hungered for knowledge and adventure. As a youth, he could often be found escaping the humdrum of farm life under the shade of a tree, immersed in the passages of a book.

As he got older and the books failed to offer an adequate departure from rural life, Jesse joined the Army for a few years. When he felt he had seen enough, he returned to Durham where he met and married Sandra (Brown), his devoted wife of 61 years.

Jesse put in a few more years in the Army, travelling overseas and fighting in Vietnam. When he got out of the Army, he used the knowledge and wisdom he gained from his travels to become a member of the Hurricane's Bowling Club, store owner (TEAM electronics) a manager (TRW), a manager (Merit Real Estate CO.) and a host of other positions too numerous to name.

He loved the outdoors and planted many a successful garden. He grew more plants than the house could hold; he went fishing and/or camping at every opportunity, and had more books than your average library - and yes, he read every last one.

What brought Jesse the most joy, and what he felt was his greatest his greatest accomplishment, was his grandchildren, Gabriel and Joi. He was given to giving and he gave his grandchildren whatever they asked for and often what they didn't. He was an enthusiastic spoiler of children and quite possibly the best grandpa in the world.

As many an illness began to take their toll on his body, Jesse was courageous, stoic - still so much work to do. 84 years was not enough….

Born one of 14 children, he leaves to cherish his memory his brother Samuel Tabron (Sadie); his sisters Carolyn Jones, and Trilby Bridges; his wife, Sandra Tabron; his daughter, Crysta Vaughn (Michael); his grandchildren, Gabriel and Joi Marshall; and a host of nieces and nephews.

Private services with military honors and interment will be held at Pikes Peak National Cemetery.

Published by The Gazette from Aug. 4 to Aug. 6, 2021.
To plant trees in memory, please visit the Sympathy Store.
MEMORIAL EVENTS
To offer your sympathy during this difficult time, you can now have memorial trees planted in a National Forest in memory of your loved one.
Funeral services provided by:
Evergreen Funeral Home
MAKE A DONATION
MEMORIES & CONDOLENCES
1 Entry
My heart is breaking. You helped everyone with everything at TRW with a smile on your face. The world has lost a very special gem.
Wendy (Hukriede) Nistler
Work
August 6, 2021
Showing 1 - 1 of 1 results