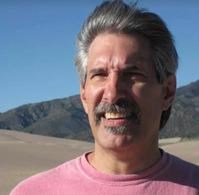 "John Murray escaped this mortal coil on Tuesday, September 14, 2021 at the age of 68. The family is convinced he left us on purpose due to a lack of engaging entertainment as Netflix seems to have run out of interesting programming; also charades is extremely difficult for someone with Lou Gehrig's disease.

John was a devoted husband, doting father, and caring friend to many.

Tolerated by most of his colleagues, John was an audio engineer and teacher for more than 40 years. His career ambitions started early when he tore apart his stereo as a six-year-old so he could figure out exactly how it worked. That curiosity led him down a path to collaborate with giants in the industry as he specialized in tuning and designing large sound systems all over the US and also internationally.

There will be a service held at the Mountain Memorial Funeral Home in Divide, Colorado on October 9th at 2pm with a potluck at our home after the service. All are welcome. In lieu of flowers, we ask that you make a donation to the ALS Therapy Development Institute. https://www.als.net/news/als-tdi-joins-forces-with-duke/

Published by The Gazette from Oct. 8 to Oct. 9, 2021.
To plant trees in memory, please visit the Sympathy Store.
MEMORIAL EVENTS
Oct
9
Service
2:00p.m.
Mountain Memorial Services
51 County Road 5, Divide, CO
Funeral services provided by:
Mountain Memorial Services
MAKE A DONATION
MEMORIES & CONDOLENCES
2 Entries
I did not know John or his family but I wish I had. This obit, filled with warmth and humor, is one of the greatest of all time. Thanks for sharing.
Anonymous
Other
October 10, 2021
as a stranger, i read this obit - he seems to be a good person, my best friend died of ALS and he too thought netflix needs work
nick werle
October 8, 2021
Showing 1 - 2 of 2 results