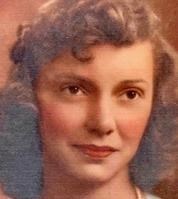 Marian Louise Losey Hile, matriarch, passed away October 27, 2021 in Colorado Springs at the age of 96. Louise was many things – minister's wife, gracious hostess, exquisite cook, teacher, musician and many others – but she took the greatest joy in her role as the matriarch of a large, boisterous, adoring clan.

She was born in 1925 in Perry, Iowa to J. M. (Jack) Losey and Marian Burleson Losey. In 1946 she married Warren Hile, her high school sweetheart, while they were attending Drake University in Des Moines. She received her B.S. with honors in Mathematics and taught science classes at Drake to put Warren through Divinity School. When her children were young she gave piano lessons to them and other children. They moved through pastorates at several small town churches in Iowa as their young family grew, and in 1958 moved to Colorado when Warren accepted a position at First Christian Church in Colorado Springs.

She was for over 60 years a minster's wife, filling that role with exceptional grace, strength and compassion. She was a wonderful cook and hostess - her Christmas toffee and cinnamon rolls were legendary. She was a strong, practical, no-nonsense woman but filled with love. And she was the best mom and grandma ever. The cookie jar was always full and there was always homemade jam from grandpa's raspberry patch. She was musically gifted, with a lovely alto voice and sense of harmony. She sang in the choir and played piano and organ at First United Methodist Church for many years after Warren's retirement. After her children were grown she spent 12 years as an administrator for the Arthritis Foundation, and many more years there as a volunteer. She was one of a group of grand ladies who had lunch together regularly for over 60 years. And she always enjoyed a trip to Cripple Creek.

She was predeceased by her parents, and her husband in 2008. She is survived by her 5 children; Warren (Gillian) Hile, Steven (Jean) Hile, Robert (Amy) Hile, Marsha Frye and Julie (John) Sedlak, fourteen grandchildren and spouses, and at last count twelve great grandchildren.

She was a tough old bird and will be greatly missed. A service in her memory will be held on Saturday, January 15, 2022 at First United Methodist Church, 420 N. Nevada in Colorado Springs at 1 p.m. 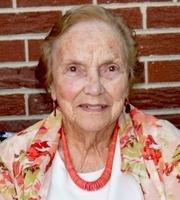 Published by The Gazette on Jan. 9, 2022.
To plant trees in memory, please visit the Sympathy Store.
MEMORIAL EVENTS
Jan
15
Service
1:00p.m.
First United Methodist Church
420 N. Nevada, Colorado Springs, CO
Funeral services provided by:
Swan-Law Funeral Directors
MAKE A DONATION
MEMORIES & CONDOLENCES
1 Entry
Louise was an inspirational woman! I admire her resilience and ability to accept life´s challenges with grace and a positive outlook. Her matter-of-fact attitude and ability to move gracefully beyond life´s obstacles with dignity and humor make her a wonderful role model. A favorite image in my memory is her beaming face and smiling eyes!
Patricia J. Rand
Other
January 10, 2022
Showing 1 - 1 of 1 results