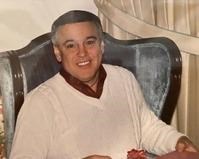 Manny moved to Los Angeles in 1954. He later married Ida Ulibarri. Together they had two daughters, Teresa Sauer (Mike) and Denise Segura. He worked at ITT Gilfillan where he oversaw government furnished equipment. Ida passed away in 1964.

In 1966, Manny married Lynda Edling. They welcomed a daughter, Lisa Gramling (Phil), to the family and made their home in Simi Valley, California.

Manny was introduced to hard work at a young age, taking on daily ranch chores with his grandfather. In elementary school he landed his first paying job, washing windows for a local jewelry store owner before heading off to school. He decided at an early age that he wanted to become a business owner.

In 1972, Manny opened his first bar and restaurant in Van Nuys, California. Four years later while Teresa and Denise were attending college, Manny and Lynda relocated the family to Colorado Springs and opened The Alamo Mexican Restaurant. After his career in the restaurant business Manny worked for Ken Caryl Ranch as the maintenance supervisor until his retirement in 2001.

Manny delighted in cooking and often took the lead planning menus for family holidays. He had a flair for home improvement projects and landscaping-enhancing the beauty of every home he owned. He had an off the charts recall for professional sports statistics and enjoyed attending L.A. Dodgers and Colorado Rockies baseball games, Air Force Academy football games, the 1989 Super Bowl, and watching sports with Lynda.

Manny is survived by his loving wife of 55 years and three daughters; grandchildren, Felicia Gramling, Rachel Fornier (Andrew), Casey Gramling, Natalie Sauer and Tanner Segura; great-grandchildren, Teagyn, Khyri and Royce; and many nieces and nephews. He is also survived by close friend, Gary Baker. In addition to his parents and first wife, he was preceded in death by his three brothers, Phil, Benny (Phyllis) and Dennis (Kim); and grandson, Bradley Sauer.

In lieu of flowers, memorial donations can be made to Denver Hospice.

The family thanks Summit Rehabilitation and Care Community for the quality care they provided Manny during his stay.
Published by The Gazette from Aug. 31 to Sep. 1, 2021.
To plant trees in memory, please visit the Sympathy Store.
MEMORIAL EVENTS
Sep
17
Service
10:00a.m.
Evergreen Funeral Home
1830 Fountain Blvd., Colorado Springs, CO
Funeral services provided by:
Evergreen Funeral Home
MAKE A DONATION
MEMORIES & CONDOLENCES
1 Entry
I worked for Manny at the Alamo Restaurant in Colorado Springs for a few years. He was a great employer and treated his employees well. He was so handsome! and had a great personality. I'm sad he passed and would be at that memorial if I still lived in Colorado. My deepest sympathies to his wife, Lynda and his family members. He was "one of the good one".
Nancy (Neel) Bullis
September 1, 2021
Showing 1 - 1 of 1 results