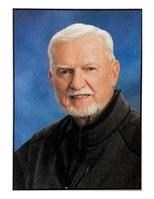 Mert Ware, born in Philly, raised in New Jersey, loved his adopted home of Colorado Springs. He hated the name Meredith, and like the Johnny Cash song "A Boy Named Sue" grew up knowing how to defend himself, deciding the military was the best way to hone these skills. He joined the Marines at 17. Mert loved being a Marine. It was at a Marine Corps ball that he met the love of his life: Mary Gooley. Their wedding anniversary was just a few days after the Marine Corps anniversary. It was as if the adage were true: if the Marine Corps wanted you to have a wife, they would issue you one. (He never tired of that joke.) They had five kids, five grandkids, 6 great grandkids and 47 years. Although Mert never boasted about this, it was clear that the most important jobs of all were those of husband, grandpa, and poppy.

After 20 years active and 10 years reserve Mert Ware retired from the Marines and moved to Colorado Springs. He also began a new career: used car salesman. Yes, there were plaid blazers and wide ties, but what set him apart and contributed to his success was what he said about himself: he was a people person. Saying he was a people person is like saying boot camp was challenging. He adored people. "We're all God's children" he would say and most of his customers became lifelong friends. He started his career in sales at Jerry Dineen Ford, which became Phil Long Ford. He spent time at Academy Ford, Carlin Dodge, and Medved, even opening his own shop in the late 80's: Ware Auto Sales. He loved his family, he loved the Marines. He loved God and the Catholic Church and St Patrick's became a second home to him, attending daily mass as long as long as possible.

Although there is no such thing as a humble Marine, Mert Ware never took pride in his own personal accomplishments. That was reserved for his children, grandchildren, and great grandchildren.

Thank you, St. Patrick's Roman Catholic Church, and to the many wonderful friends that became family.

We are all God's children.

Vigil and memorial service to be held at St. Patrick's Catholic Church