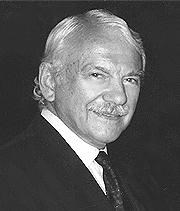 Raymond was born in Baltimore, Maryland, on March 3, 1915. By the age of three he had been in thirty states, traveling with his mother, stage actress Beatrice Saville. These early travels helped set the stage for his dual life-long interests: theatre and international business.

Purl graduated in 1937 from University of Illinois, Urbana-Champaign with degrees in Civil, Chemical and Mechanical Engineering, whereupon he began his career at Union Carbide Corporation with a position at their Charleston, West Virginia plant. Having been a member of ROTC in his student years, he was called to service in the Army during World War II.

Major Purl spent the war years being trained in the language and culture of Japan. When the war ended, he was appointed to the staff of General Douglas MacArthur during the American occupation of Japan. In this capacity, he traveled the length and breadth of Japan, converting munitions plants to fertilizer plants in order to help feed a starving country, becoming the "Czar" of Japan's fledgling chemical industry.

A few years after the war, Purl reestablished his affiliation with Union Carbide, working in the New York City corporate headquarters, and frequently on assignment in Europe and South America. When the firm decided to establish a joint-venture in Tokyo, he was once again dispatched to Japan, where he was responsible for the design and construction of a polyethylene plant in Kawasaki, which remains operational. He then co-helmed the joint company, Nippon Unicar for eighteen years. Both he and his wife Marshelline (Marshie) relished their two decades in Japan, where they raised their two daughters and involved themselves in numerous international business, philanthropic, and arts organizations.

Following his retirement, in the 1980s, Purl was invited to serve as Executive Director of the American Chamber of Commerce in Hong Kong, a posting he and Marshie enjoyed as both business leaders and unofficial diplomats to a China on the verge of entering the free market economy.

Raymond's life included a parallel track on which his passion for theatre ran, ultimately resulting in his directing over 200 plays. Immediately after WWII, and before his return to corporate work, he reconnected with his theatre-roots and earned a Master of Fine Arts from the Yale Drama School. Ever after, while pursuing his successful career in business, he was never far from the theatre. He directed plays for The Connecticut Players, and after moving to Tokyo, joined Tokyo International Players, where he directed scores of productions, co-starred in several, and served as president. Both he and his wife were given lifetime membership at TIP in honor of their many years of service. During the Tokyo years, Raymond also served as a consultant to the National Theatre of Japan. Upon retiring from his business career, he directed at the Diamond Head Theatre in Honolulu.

The Purls loved their adopted home of Colorado Springs, moving here in the mid 1980s to enjoy their retirement years. They soon involved themselves with local theatrical activities, with Raymond performing in or directing scores of productions at several area theatres, and at their own home, whose living room they adapted for presentations. Among his most notable enterprises was a trail-blazing production of Alan Ayckbourne's Intimate Exchanges, which drew the playwright's praise and an invitation to visit his home in England. As a tribute to their Colorado home, Purl also wrote, directed and co-starred in his own play General Palmer, performed at the Pikes Peak Center. Local audiences remember his appearances at Library events, portraying both Andrew Carnegie and General Palmer.

During their 20 years in Tokyo, 5 in Hong Kong, and 30 in Colorado Springs, the Purls delighted in welcoming their treasure trove of friends into their homes, often hosting imaginative gatherings that sparkled with theatrical and literary offerings.

Raymond was born to Beatrice Saville Purl and Raymond William Purl. After his parents divorced, Beatrice married Roberts S. Blakeslee, who became Raymond's beloved step-father. Raymond married his wife Marshelline Patton in Charleston, West Virginia June 28, 1941. He was predeceased by Marshelline, who also passed on peacefully at their home on July 19, 2013.

A private memorial will be held, followed by a military service.