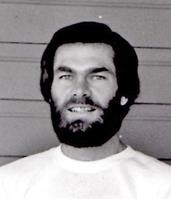 Richard G. "Gery" Bensberg passed away peacefully on his 78th birthday, Nov. 11, 2021, with his siblings and his daughter at his side. He succumbed to the after effects of Covid 19 at Memorial Hospital during his rehabiltation period.

He is predeceased by his parents, Richard & Charlotte Bensberg, his older brother, Bob, and his daughter, Molly. He is survived by his companion, Leslie Ellen, daughter Kelsey, and three grandsons, Adrian Bensberg, Emilio Bensberg and Quinn McArdle. His sister, Karen Ager (Jerry) and brother, Jim Bensberg (Barbara Gardner) also survive.

Gery grew up in Cheyenne Canon and attended Cheyenne Mountian Schools as well as the Holy Cross Abbey in Canon City. After graduation, he became heavily involved in the motorcycle industry, following his passion. He was employed at Don's Cycles, Fay Myers Motorcycle World, Academy Cycles, Pikes Peak Motorcycle Supply and Apex Sports over the years. Well liked for his quick wit and ready smile, he was respected throughout the region and state for his work ethic and dependability.

Those who knew him will surely miss him but will smile when they remember his signature farewell, "Pop a wheelie!"

A celebration of life will be announced at a later date.
Published by The Gazette on Nov. 14, 2021.
To plant trees in memory, please visit the Sympathy Store.
MEMORIAL EVENTS
To offer your sympathy during this difficult time, you can now have memorial trees planted in a National Forest in memory of your loved one.
Funeral services provided by:
Swan-Law Funeral Directors
MAKE A DONATION
MEMORIES & CONDOLENCES
3 Entries
We are so sad to learn about Gery's passing. He was one of the kindest people we knew. Gery put lots of smiles on out faces when he provided advise in ordering part for our customized motorcycles. RIP T.Mike & Birgit Destin, FL
T.Mike & Birgit Cegielski
Other
November 29, 2021
Jim, So sorry to hear of your brothers passing, My good thoughts coming your way.
Barb Nichols
Other
November 16, 2021
Gery may have moved on without us, but his memory will live on in all of us who knew him. He lived what he loved & riding mountain trails will be his legacy. He was skilled at choosing the right tire for a customer's bike & his pleasant, calming voice was reassuring, as well. When he spoke to a friend or a customer, Gery gave 100% to you, always kind & engaging. Life is changing so fast & the loss of Gery is another constant that we're all going to have to learn to adapt to. I offer my condolences to his family & the lively hope that there is more beyond the bonds of our earthly life
Debbie Ramsey
Friend
November 13, 2021
Showing 1 - 3 of 3 results