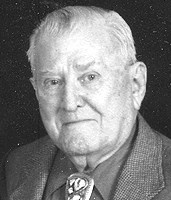 On Sunday, 22 September 2013, Richard 'Dick' Leggett died in the company of his wife, Jane, his daughter, Nichola ('Niki') and his granddaughter, Tegan, five days short of his 85th birthday.

Dick was born on 27 September 1928 in Saratoga Springs, New York to Donald and Vera Leggett. He was proud of being a member of a family who were among the earliest European settlers of the American colonies. After two years at the Illinois Institute of Technology, Dick enlisted in the United States Air Force and, after his basic training, was assigned to the headquarters of the 3rd Air Force in Ruislip, England. While in England, Dick met his wife to be, Thelma Jane Broom, and they married on the 29th of June 1952. Their first child, Richard Geoffrey, was born on 27 April 1953.

Although Sgt Leggett requested reassignment to one of three bases in New England, the Air Force, in its wisdom, assigned him to NORAD in Colorado Springs where their second child, Nichola Anne, was born 22 March 1955. Dick remained in active service until 1971, except for a three-year tour in Wiesbaden, Germany. After retirement he served for twelve years as an educational materials specialist at Coronado High. In this experimental position he became popular with the students for his cheerful and enthusiastic support of their projects.

He also was well-known as 'Uncle Dick' working with his wife, Jane, at Play School, later Children's World, taking the children on camping and hiking trips throughout the Front Range and sharing his passion for the mountains with the children. Dick retired in 1990 for good after a number of years working with various defence contractors. During his retirement Dick found joy in water-color painting, genealogy and trips to his grandchildren in Canada.

He was among the founders of Scout Troop 66 at Saint Michael's Episcopal Church and was later presented with the Saint George's Medal by the Pikes Peak Council in recognition of his leadership. He received the Saint Michael's Award in recognition of his service to his parish. In 1992 the Air Force recognized his dedication and devotion to the mission of the Armed Forces through his civilian defense work.

Dick is survived by his wife of sixty-one years, Jane, as well as his son, Richard Geoffrey Leggett (Paula), and his daughter, Nichola 'Niki' Moore. He was proud of his grandchildren: Tegan Downing (Jason) and David, Anna and Owen Porter Leggett. He was devoted to his great-grandson, Brayden Downing.

Published by The Gazette on Sep. 27, 2013.
To plant trees in memory, please visit the Sympathy Store.
MEMORIAL EVENTS
To offer your sympathy during this difficult time, you can now have memorial trees planted in a National Forest in memory of your loved one.
MAKE A DONATION
MEMORIES & CONDOLENCES
5 Entries
We ask God to put His arms around you and your family until the day you will reunite in Heaven. We very much enjoyed being neighbors and fishing with Richard. Ed & Eileen Mays
Ed & Eileen Mays
September 27, 2013
Happy birthday Papa. We love you.
Tegan Downing
September 27, 2013
Happy birthday Papa, we love and miss you.
Tegan
September 27, 2013
To the Leggett Family, we had the honor of living next door to you for the past 18 yrs. It has been a wonderful experience and our son thinks the world of the family. You will greatly missed and our thoughts & prayers are with the family. If you need anything don't hesitate to call. We will look after the love of your life Miss Jane.
Slayter's
September 27, 2013
My thoughts and prayers are with you, Jane, and your family.
Tim Hewitt
September 27, 2013
Showing 1 - 5 of 5 results