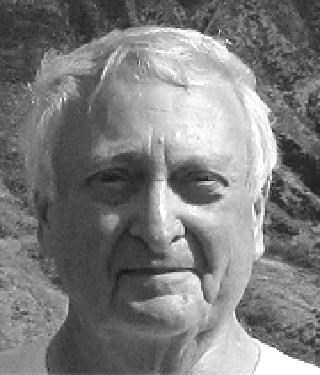 BROWNE
ROBERT L. BROWNE
12/26/1934 - 12/26/2018
Robert Low Browne, of Colorado Springs, Colorado passed away peacefully in his home on his 84th birthday. He was born to Leon D. Browne and Margaret McGee Browne in Quincy Massachusetts on December 26, 1934.
He attended Thayer Academy and completed his studies at the Wharton School of Business at the University of Pennsylvania where he was a proud member of the Delta Tau Delta Fraternity and where he met his wife of 57 years, Cynthia Crowther Browne.
Bob and Cynthia together raised seven children and lived in Springfield, Massachusetts; Norristown, Pennsylvania; and Farmington Hills, Michigan before moving to Colorado Springs in 1977 to work at Digital Equipment Corp. He worked for over 40 years in manufacturing engineering and traveled all over the world working in his field. Later in his career, his work took him to Penang, Malaysia where they lived from 1988 to 1991 and then to Dublin, Ireland for one year.
Bob had many hobbies including genealogy, cross-
word puzzles, Sudoku, watching the Denver Broncos and the Colorado Rockies. He enjoyed traveling to Hawaii, Europe, North Carolina, Texas, and Costa Rica, among other places.
He was preceded in death by his wife, Cynthia in 2013. He is survived by his children, Debbie Swan, Cheryl Browne, Linda Browne, Audrey (Alan) Burke, Ted (Theresa) Browne, Chris (Bettina) Browne and Sarah (Darren) Yamada. He is also survived by seven grandchildren and his twin sister, Madeleine Tierney. He also leaves behind his special friend, Teri McAuliffe who brought much love and happiness to him in his final years.
No services are planned, but a celebration of life will take place in the Spring.

Published by The Gazette on Jan. 6, 2019.
To plant trees in memory, please visit the Sympathy Store.
MEMORIAL EVENTS
To offer your sympathy during this difficult time, you can now have memorial trees planted in a National Forest in memory of your loved one.
MAKE A DONATION
MEMORIES & CONDOLENCES
6 Entries
My condolences to the Browne family. What a great person to have known and worked for. Rest in Peace.
Jean Dunphy
January 9, 2019
Dear Browne family.
Great memories of all the fun times we had in Colorado Springs.
So sorry about your loss. I know what you are all going through. Fondly, Suzanne Plante
suzanne plante
January 9, 2019
So sorry to hear of Bob's passing. He was a wonderful person and enjoyed the time we spent with him and Cynthia. You are all in our thoughts. Paul and Lynda Herbig
January 8, 2019
I loved Bob. I loved Cynthia. They were two of the most humble and nicest couple I have ever known. I have not kept up since moving away from Colorado Springs. I hope their golden years were as good as they deserved. Bob, along with Russ Hammel and Bill Plante were true friends and mentors. I will forever remember them with the fondest of memories. RIP my friends.
Stan Manzanares
January 7, 2019
I am sorry to read of your father's passing. Please accept my condolences. I hope the passage at James 1:13 will be a comfort to you.
Maureen
January 6, 2019
Dear Browne Family: We are so sorry to hear about the passing of your Father Bob. He and Cynthia were an outstanding couple in Colorado Springs. Bob was a great family man and also one of the original Digital people when they moved to CS in the 1970s. Much love and support. Bob & Jimmie Z
Dr. Robert & Jimmie Zawacki
January 6, 2019
Showing 1 - 6 of 6 results