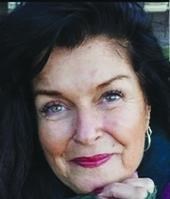 Robin married Charlie Hernandez at St. Andrew's Catholic Church in Independence, Kansas in April 1972 and they welcomed a son, Donavon Diego Hernandez later that year. They were later divorced.

Robin attended cosmetology school in Ottumwa, Iowa and spent the next 40+ years as a stylist and color specialist. Robin worked at The Image salon in South Coffeyville, Oklahoma before working at salons in Dallas, Texas and Hawaii Kai, Oahu, Hawaii. She culminated her career in Colorado Springs, Colorado at Mateo's, a salon that was not only where she was employed, but also where she was considered family. Robin retired in July of 2021 when her health prevented her from continuing to work.

Robin was known for her infectious laugh and for always being the life of the party and could often be found hosting get-togethers for her Meet Up group, Contemporary Cultured Christians, or a watch party for the Denver Broncos or the Kentucky Derby. Robin also loved being "Tutu" to her grandsons.

Robin was preceded in death by her mother Dottie Dunnkerson, her sister Cheryl "Cherrie" McGinnis and her stepmother Ethel "Louise" McGinnis. We never figured out why Robin called her Louise, but that was Robin for ya.

Following Robin's wishes, cremation has taken place under the direction of Oasis Cremation & Funeral Care in Tucson, Arizona. No services are planned at this time. Robin will be interred at Mount Hope Cemetery in Independence, Kansas at a later date.
Published by The Gazette on Jan. 16, 2022.
To plant trees in memory, please visit the Sympathy Store.
MEMORIAL EVENTS
To offer your sympathy during this difficult time, you can now have memorial trees planted in a National Forest in memory of your loved one.
Funeral services provided by:
Oasis Cremation & Funeral Care
MAKE A DONATION
MEMORIES & CONDOLENCES
1 Entry
Robin was a talented stylist and a wonderful person. She will be missed. Deepest sympathy to her family.
Tina Brooks
January 17, 2022
Showing 1 - 1 of 1 results