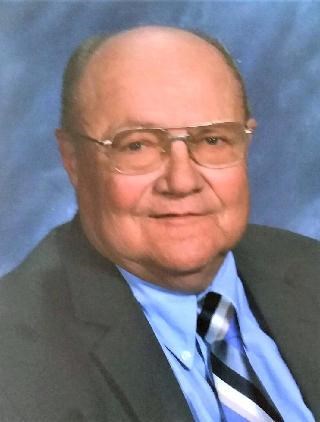 FUNERAL HOME
Colyer Funeral Home
2935 Main St
Torrington, WY
Hergert
Roger Allen Hergert
June 26, 1945 - April 23, 2018
Roger Allen Hergert, age 72, was called to our Lord on Monday, April 23, 2018 in Colorado Springs, Colorado.
Roger was born on June 26, 1945 in Wheatland, Wyoming to Jake and Esther (Willman) Hergert. Growing up, he enjoyed working on the Hergert family farm West of Lingle, Wyoming, where he learned how to build and fix almost anything. He would humbly say that he was a "jack of all trades and master of none".
Roger graduated from Lingle High School in 1963 and attended the University of Wyoming, working multiple jobs with his wife, Nancy, to raise their first two children, Kevin and Kim. He graduated in 1969 with a degree in Mechanical Engineering and moved his young family to Minnesota for his first engineering job with Control Data. There, he built his family's first house in the evenings and weekends. The family moved to Georgetown, Texas in 1977 and later to Colorado in 1980, adding sons Kyle and Kody to the family. Roger found success working for computer companies like Texas Instruments, Storage Tech, and Digital Equipment Corp. In 1993, he retired from engineering and opened an RV park and campground in Cripple Creek, Colorado.
Roger loved watching his kids compete in sports, music, theatre, and life. He also enjoyed playing golf, shooting pool, and loved to polka dance along with other types of dances or reunions with family and friends.
Roger married his one love, Nancy (Keller) Hergert on July 21, 1963. They were married for thirty years before she passed away in 1993. He loved Nancy dearly, and would admit that he never recovered after her passing. Roger was also preceded in death by his mother; father; and brother.
He is survived by his three sons, Kevin (Anne), Kyle (April), and Kody (Adrienne); his daughter, Kim (Karl); and a sister, Lynnea (Jerry) Fullmer. Roger had five grandchildren that he was extremely proud of, Shawn, Jacob, Conner, Ainsley, and Brynley; and his step-grandchildren, Matthew (Carrie), Nathan (Terri), and Michael (Pam).
Memorial Service, 11:00AM, Monday, April 30, 2018, Bethel Lutheran Church, 4925 Farmingdale Drive, Colorado Springs, Colorado 80917, lunch to follow.
Visitation, 10:00AM-12:00PM, Tuesday, May 1, 2018, Colyer Funeral Home, 2935 Main Street, Torrington, Wyoming 82240.
Interment immediately following, Valley View Cemetery, Torrington, Wyoming.
In lieu of flowers, donations may be made in Roger's memory to The Leukemia & Lymphoma Society online at https://donate.lls.org/lls/donate

To plant trees in memory, please visit our Sympathy Store.
Published by The Gazette on Apr. 29, 2018.
MEMORIAL EVENTS
No memorial events are currently scheduled.
To offer your sympathy during this difficult time, you can now have memorial trees planted in a National Forest in memory of your loved one.
Funeral services provided by:
Colyer Funeral Home
MAKE A DONATION
Please consider a donation as requested by the family.
MEMORIES & CONDOLENCES
5 Entries
I am trully and deeply sorry for your loss. My warmest condolences go out to the family and friends of Roger. May the God of all comfort grant you peace and strength during this difficult time (psalm 29:11)
M C
April 30, 2018
Roger you were a pleasure to work with and a great guy on top of all that you will be missed
Frank
April 30, 2018
As you remember your beloved one, may our Father the God of peace give you comfort and peace in every way today, tomorrow, and always. Please accept my sincere condolences. Psalms 94:18-19
April 29, 2018
To the family and friends, I am truly sorry for your loss. May you find peace in the god of all comfort.
April 29, 2018
My sympathy goes out to the family during your time of grief. May God's loving-kindness comfort you and help you through this difficult time. (Psalm 119:50,76)
A. M.
April 29, 2018
Showing 1 - 5 of 5 results