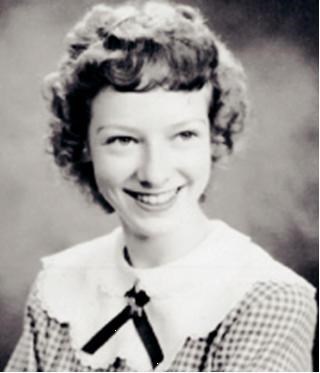 Brown
Barbi Bittel Brown
July 15, 1931 - April 8, 2018
Barbi passed away peacefully after a brief illness. She was born in Peoria, Illinois and later moved to Texas where she graduated from Lamar H.S. in Houston. She attended 2 years of college in order to become an airline hostess for Braniff Airlines. Later, she worked as a secretary for the Southland Corporation before returning to Braniff when DFW Airport opened. She moved to Colorado Springs in 1992 to be closer to her daughter's family. She then worked as a secretary for the Unity Church, later at Curves, witnessing for a lawyer, and as a loyal dog walker for Carolyn's dog, Lovey.
She loved volunteering for her church, KCME and her apartment building, Pikes Peak Tower where she was a resident for 20 years.
She is survived by her brother Royall Bittel, her daughter, Carolyn Lang; her grandsons, Corey (Michelle) and Brendan (Maddie) Lang; and two great-granddaughters, Sadie and Vivian Lang.
She was a social butterfly involved in many activities from attending the Philharmonic regularly, to monthly winetasting's, and multiple church activities.
Known for her big smile and kind demeanor, she was beloved by many and will be sorely missed!
A memorial service will be held at a later date.
In lieu of flowers, donations may be made to Unity Church of the Rockies, 1945 Mesa Rd, 80904,
Or KCME, 1921 N. Weber St., 80907. 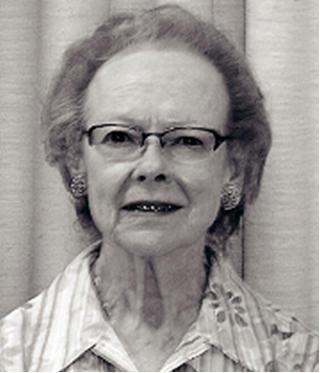 Published by The Gazette on Apr. 15, 2018.
To plant trees in memory, please visit the Sympathy Store.
MEMORIAL EVENTS
To offer your sympathy during this difficult time, you can now have memorial trees planted in a National Forest in memory of your loved one.
MAKE A DONATION
MEMORIES & CONDOLENCES
7 Entries
I attended Unity Spiritual Center with Barbi. She always had the kindest smile and a big hug for everyone. Her volunteer work at Unity made such a difference and our whole community misses seeing her. My sympathies and love go out to her family.
Brenna Collier
May 9, 2018
I met Barbie in 1969 after meeting Carolyn, a lifelong friend. She was the first single mom I ever met and was dedicated to Carolyn always. She was kind and understanding to me and personified a stoic dignity in both good and difficult times. I'm glad I knew her and send her family deepest sympathies and love.
Debra Forsyth Smith
May 8, 2018
Barbi has been a dear friend since we started sitting next to her at the CS Philharmonic a few years ago. We will miss our lunches and concerts together. It was a joy to know her.
Doug & Dianne Herzberg
Friend
May 7, 2018
I'm so grateful to have had the chance to know Barbi for even just a brief time. She was a wonderful woman with a great sense of humor and I count myself as very lucky to have had the occasion to enjoy music and laughs with her one evening over a glass of wine. She will be remembered fondly.
Samilja Heim
April 20, 2018
Barbi was a beautiful soul and brightened our days whenever she volunteered at KCME. We will certainly miss her!
Brenda Bratton
April 18, 2018
I'm so sorry to hear of the passing of Barbi. She was such a dear lady and always had a smile on her face. I knew her from Curves and visited her once in AZ. I always loved getting a Christmas Card from her and will miss her dearly. I would love to come to the memorial when you have one. Janea
Janea Coddington
April 17, 2018
A very special lady! She will be missed.
Leslie O'Neil
April 15, 2018
Showing 1 - 7 of 7 results