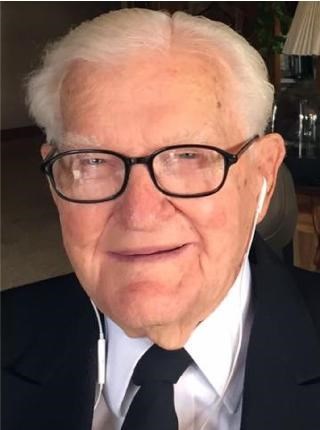 Downing
James Willis Downing
August 22, 1913 - February 13, 2018
James Willis Downing passed away peacefully at the age of 104 on February 13, 2018, surrounded by his family at his home in Colorado Springs. He was a gifted teacher, preacher and evangelist, serving with the Navigators, an international, interdenominational Christian ministry, for over 80 years. He served with the U.S. Navy for 24 years, retiring in 1956 from military service to then work for the Navigators at their Colorado Springs headquarters full time for 22 years as deputy to the president and financial vice-president. In semi-retirement, Jim moved to London to support Navigator missionaries in three continents and continued to speak for the rest of his life to groups throughout the United States.
Jim was born in rural northeastern Missouri in Oak Grove, the third of four children, in a farming community located near the Little Fabius River. Working during and after school in his parents' country store, he developed his passion for storytelling from the old men who sat around the store's pipe stove, recounting tall tales and arguing farm politics. Jim's lifelong outreach to the poor arose from his childhood during the Depression. Before he left home, he had not lived in a house that had electricity or indoor plumbing. He reminded his children to remember the poor and the hungry as result.
Jim met his beloved wife, Morena Mae Holmes, in Long Beach, California, at the home of the Navigators founder. Jim and Morena were later married at the Pali on July 11, 1941 on Oahu, later surviving the bombing of Pearl Harbor on December 7, 1941. Together, they raised during their 68 years of marriage, seven children, along with other spiritual children worldwide throughout their long years of Christian service.
During the last decade of his life, Jim was honored to tell his story of his surviving the attack on Pearl Harbor, when his ship, the U.S.S. West Virginia, burned and was sunk. Overwhelmed by flames, bullets and bombs, he expected to be ushered into God's presence then.
Jim tells how his fear melted away, replaced by the most overwhelming sense of peace he'd ever felt. On that historic "day of infamy" instead of staying clear of the smoke and flames, he risked his life by making his way back onto his sinking ship and fighting fires all day. Jim, at age 102, wrote about that day in his book with James Lund, The Other Side of Infamy, attesting to God's faithfulness to him on that day. As a result of his late authorship, Jim became a Guinness World Record Book holder for the world's oldest person to write a book. Jim authored during his Navigator career, a short devotional book, Mediation.
In the decade that followed Jim and Morena surviving the attack on Pearl Harbor, Jim rose through the ranks until he became the captain of the aviation support ship, the U.S.S. Patapsco. During the Korean War, the Patapsco, with Jim at the helm, braved hurricanes and icebergs. The U.S.S. Patapsco delivered supplies to military installations all around the world. The crew of the U.S.S. Patapsco also survived the radioactive fallout from the hydrogen bomb the U.S. government tested in 1954 above the Bikini Atoll islands while the U.S.S. Patapsco was trolling Pacific waters.
Three years later, Jim received orders to report to the Fleet Anti-Aircraft Training Center at Dam Neck near Virginia Beach, Virginia as an instructor and range officer in the Gunnery Department.
Jim will be remembered by his children and friends for his phenomenal recall of his history-making life events. He remembered seeing Babe Ruth hit home runs, an accidental encounter with an armed gangster on a back-country road, the advent of the fuel pump, leading sailors in formation to march down the streets of Washington D.C. to celebrate the end of World War II, as well as the invention of the personal computer of which he proudly became the family's earliest adapter.
Jim was a warrior for both his country, and the kingdom of God. Jim's forward-looking vision, his ambition, perseverance, passion and facility for travel, in addition to his commitment to sharing his faith, is the legacy he leaves with his family. Jim was humbled by the city of Colorado Springs' acknowledgment of this legacy of service in 2017 when the city re-named the Interstate 25 bridge over Colorado Highway 24 as the Lt. James "Jim" Downing Bridge.
Jim is preceded in death by his wife, Morena Mae Holmes Downing, his son James P. Downing. He is survived by his six children, Marobeth Downing Ruegg, Jonathan A. Downing, his wife, Cheryl J. Downing, Joseph D. Downing, Donald F. Downing, his wife, Debra D. Downing, David C. Downing, his wife, Crystal L. Downing and Joy Downing Riley, her husband Mark P. Riley, and his nine grandchildren, ten great-grandchildren, and nieces and nephews.
Donations can be made in lieu of flowers to the Future Generation Fund which Jim began with the Navigators to help launch and equip the next generation of Navigator missionaries and ministry leaders:
Future Generations Fund
The Navigators
P.O. Box 6079
Albert Lea, MN 56007 - 6679
Or donate online at jimdowning.net 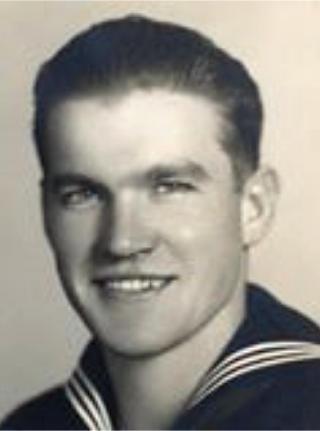 Published by The Gazette from Feb. 16 to Feb. 18, 2018.
To plant trees in memory, please visit the Sympathy Store.
MEMORIAL EVENTS
To offer your sympathy during this difficult time, you can now have memorial trees planted in a National Forest in memory of your loved one.
MAKE A DONATION
MEMORIES & CONDOLENCES
10 Entries
My sympathy and prayers to the Downing family. I had the honor to meet Mr. Downing in Hawaii at the "Remember Pearl Harbor" film premiere. When leaving the Pearl Harbor visitor center, I backed up and accidentally bumped the mirror of the vehicle in which he was seated. I got out to check the car and saw him sitting there, introduced myself, gave him a hug and joked that meeting him that way was a "divine intervention". My father, Chester Urban, also appeared in the PBS documentary, but unfortunately passed 6 months before the premiere. Subsequently, I saw Mr. Downing in the news and even at halftime at a college football game! Based on his mental sharpness, physical appearance and agility, I thought he'd live to be 199! What a great man and amazing life. God Bless! RIP Sir.
Linda Urban
March 13, 2018
Dave, Don and Family,
Your dad was by far the best Sunday School teacher Kris and I ever had and benefit from his teachings every day. Your father graciously appeared in full dress uniform and sworn me into active duty at the Air Force Academy in 1971 - I still have the official photo taken of him and me on that fateful day. God bless each of you as a living legacy of a great man of God.
Phil & Kris Rusk
February 20, 2018

Gene Lawley
Jim was one of my mentors at Glen Eyrie and I treasure those times with him in the 1960's.
Gene Lawley
February 19, 2018 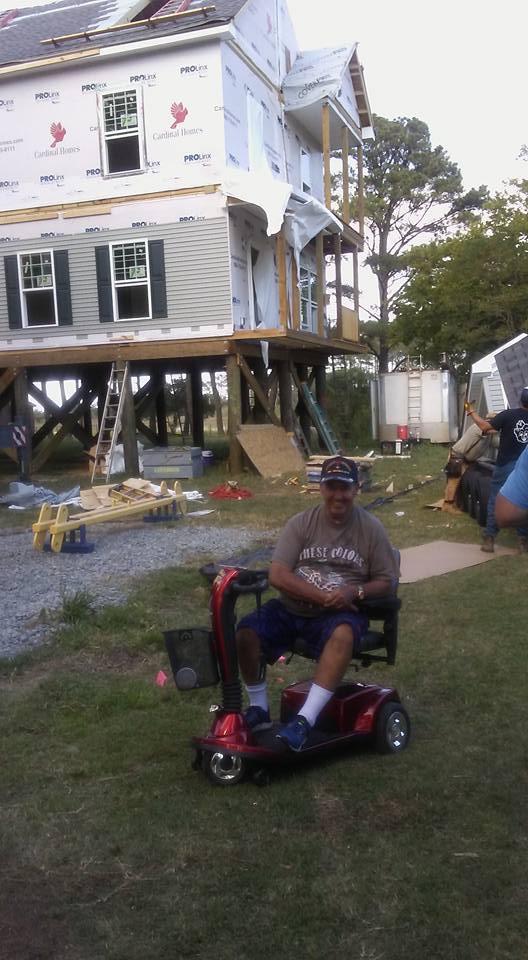 I am so sorry for the loss of Jim. He and Morena ministered to me and my family in Europe in the early sixties. He was the main speaker at the first Navigator conference I attended in Holland. I was continually influenced by his teaching and example of discipling men and women around the world. We met from time to time down through the years, the last time in Culpeper Virginia when he was 100 years old. We have an annual Navigator meeting of folks involved with the Virginia Tech ministry down through the years. He remembered my name even though it had been several years since we had seen each other. I have one of those little red handicap riding cars like he had and had kidded him about having a race sometime. One of the first verses I learned from the Topical Memory System was 2 Tim 4:7. I have fought a good fight, I have finished my course, I have kept the faith. Jim talked about this often and he surely finished well. He is an example to all of us in the faith, especially "old Navigators" like myself. I am sure he had a great meeting with Marina and Daws in heaven.
Recently got an autographed copy of his book, The Other Side of Infamy. What an inspiration to me to finish the race well.
Jim Young age 78 Vietnam Veteran.
Jim Young
February 19, 2018
Dave and Don, and the rest of the family - My sympathy in your Dad's homegoing. I am grateful for his faithful service to our nation and to his Lord and Savior, Jesus Christ. Your lives have been richly blessed by your Dad's presence.
R. J. Savely, Jr.
February 17, 2018
WE WISH TO OFFER OUR MOST SINCERE AND HEARTFELT CONDOLENCES TO THE IMMEDIATE FAMILY, ALL OTHER RELATIVES, LIFE LONG COMRADES AND ALL OF HIS MANY ASSOCIATES AND FRIENDS AROUND THE WORLD UPON THE DEPARTURE FROM THE SCENE OF JAMES WILLIS DOWNING ...

HIS WAS A MOST REMARKABLE AND RICHLY DESERVING LONG LIFE WHICH CAN BE TOLD AND RETOLD AGAIN AND AGAIN FOREVER ...

A LESSON FOR ALL THOSE WHO COME AFTERWARD ...

COLONEL77
COLONEL77
February 17, 2018
The people of Colorado Springs thanks you for your service and loyalty to this great city we call home.
February 16, 2018
What a remarkable life! I had the pleasure of meeting Mr./LT/Navigator/Professor Downing at Hickam last December. What a treat to cross paths with such a beautiful and accomplished soul! Rest in well deserved peace, Sailor.
CPT Christina Rudolph, USAR
February 16, 2018
I'm so sorry to hear about your father Joy.....And Carole I know u loved that man....God bless u both
Sandra Floys
February 16, 2018
On behalf of TREA, The Enlisted Association and the Pikes Peak Veterans Council I wish to express our heart-felt condolences. All service organizations applaud the sacrifices made for our Nations cause. Your duty to God and country are not to be made light. May God be with you. May you feel His mighty hands as they comfort and strengthen you.
Rev Bob Kwiatkowski
February 16, 2018
Showing 1 - 10 of 10 results