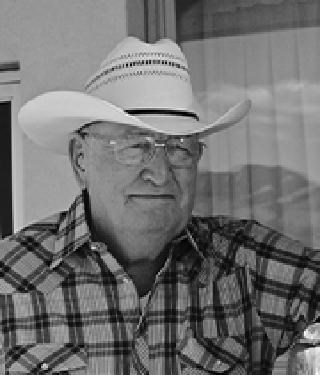 BORN
1935
DIED
2021
FUNERAL HOME
Swan-Law Funeral Directors
501 North Cascade Avenue
Colorado Springs, CO
Davis
CHARLES L. DAVIS
July 27, 1935 - November 10, 2021
Charles L. Davis, "Chuck", 86, of Simla and Woodland Park, Colorado passed away November 10, 2021 surrounded by his children and wife in Colorado Springs, Colorado. He worked for Mountain Bell Phone Company, which later became US West, Quest and now Century Link for 35 years. When he retired he bought a ranch near Simla, Colorado where he resided until his passing.
Chuck was born to Charles J and Elizabeth J Davis in Russell Springs Kansas on July 27, 1935, the 5th of 7 children. The family moved to Florissant, Colorado when he was one year old. He graduated from the small school in Florissant in 1953. As a teen he worked for the lumber and logging company in Florissant owned by Billy Manuel. He also worked for the Forrest Service out of Lake George, watching for fires, before starting with the phone company. He had many roles at the phone company, starting in the warehouse, then climbing poles and installing phones, to inspecting, to supervising and managing a crew.
Chuck married Hildred Roberts in 1957 in a double wedding with Hildred's twin sister Mildred to Chuck Hammer. Chuck and Hildred resided in Woodland Park, Colorado where they raised their four children. Chuck loved to fish, hunt, and camp with family and friends. He went on an annual hunting trip with his father, brothers, sons and close friends for many years only missing the last three years. He was also one who always searched for the tranquility nature offered, whether it was at his home in the country or somewhere in the outdoors. Some of his favorite things to do included woodcarving, drawing, and painting wildlife scenes. He loved to take long scenic drives in the mountains with his family where he would always be the first to spot wildlife. Chuck was often found reading a good western and watching TV shows like Gunsmoke. He loved playing cards too! Poker with his brothers and friends when he was younger and in his later years playing cribbage with his children and grandchildren. He was sharp as a tack! He has touched many lives and his sense of humor was a blessing and brought many smiles over the years. He was a wonderful and loving husband, father, son, brother, uncle and grandfather and friend. He will be dearly missed by many. He was preceded in death by his father and mother, Charles and Elizabeth Davis; brothers, Harold Lindsey Davis, Leo Davis, and Terry Davis; and sister Lorraine Lockwood. He is survived by his wife of 64 years, Hildred Davis; two brothers, Leslie Davis (Betty), Gary Davis (Earlene); children, Melda Musick, Larry Davis (Rhonda), Kenny Davis (Carolyn), Betty Ward (Pete); 12 grandchildren, Stacey Zaiger (Steve), Kelley Pomis (Arron), Daniel Davis (Raquel), John Davis (Blair), Benjamin Davis (Annie), Amanda Kahr (Curt), Shannon Gilman (Kyle), Diana Davis, Kerry Swanson (Megan), CJ Ward, Carolyn Ernst (Cody), and Amy Ward: 21 great grandchildren, many nieces and nephews, and friends.
A Celebration of Life will be held Saturday, November 20, 2021 at 10:30 a.m. at Mountain View Methodist Church, 1101 Rampart Range Road, Woodland Park, Colorado, 80863.
Later in life when he developed COPD from many years of smoking, he would see a random stranger and young person smoking and tell them you better quit that now or you will be carrying one of these heavy things (an oxygen tank) around like me. In lieu of flowers the family requests donations to the American Lung Association in Chuck's memory. https://action.lung.
org/