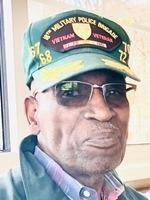 James Isaac Welch, 81, of Colorado Springs, Colorado, died of natural causes in his home on June 16, 2021. He was born on June 19,1939 in Boston, Massachusetts to the late Isaac James Welch and Thelma Neille.

After his Military retirement, he had rewarding careers and retired from Digital Corp/HP and the D.O.C. His social nature and work ethic kept him working long past his retirement(s) and his last job was working at Adesa Auto Auction with many of his brother retirees.

Jim was passionate about Jazz and Blues; music filled his home and life. He was a devoted family man, married to his wife To Yon for 53 years. He was an inspiration to his children and spoiled his granddaughter Isabella, his pure joy.

In New England, he is survived by his cousins Robert Welch, Stanley Welch, Sharon Welch, Kevin Welch and their children.

Jim had never met a stranger and he was dearly loved. The only comfort for his family is that he has joined his dearly departed and they are rejoicing to some of his favorite songs.

Published by The Gazette from Jul. 2 to Jul. 4, 2021.
To plant trees in memory, please visit the Sympathy Store.
MEMORIAL EVENTS
Jul
12
Graveside service
12:00p.m.
Pikes Peak National Cemetery
10545 Drennan Road, Colorado Springs, CO
Funeral services provided by:
Evergreen Funeral Home
MAKE A DONATION
MEMORIES & CONDOLENCES
1 Entry
I met Jim while we were both taking Criminal Justice classes at PPCC. It was there when he suggested I apply for a Security job on 3rd Shift at Digital Equipment Corporation (DEC). Jim, Gene, Jesse and I were a great team and had fun working together during the nights. Jim was a gentle soul and I know the family will miss him so very much. My sympathies goes out to To Yon, June and Isabella. Holding you in my prayers and loving thoughts at this time. - Judy
Judy Kilgore
Work
July 11, 2021
Showing 1 - 1 of 1 results