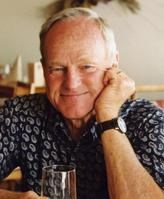 Roger H. Boehnke passed away with his family by his side in Houston, Texas, on Sunday, September 26, 2021, at the age of 91. His greatest love was for his family and many friends.

Roger was born in Sioux City, Iowa and later moved to Waterloo, Iowa as an infant. Roger graduated from Iowa State University in 1954 with a B.S. and M.S. in Natural Resources Management. He then spent 20 years of Active Duty in the U.S. Army and retired as a Colonel and Master Aviator. He served two one-year tours of duty in Vietnam as a helicopter pilot and was awarded five Air Combat Medals, a Bronze Star, The Vietnam Cross of Gallantry, and two Legion of Merit Medals. He was assigned to the Pentagon where he led the Army's Helicopter Maintenance and Logistics Program. Roger was the Commanding Officer of the 1st Transportation Battalion at Naval Air Station Corpus Christi, Texas, before retiring from the Army in 1974.

After retirement, Roger moved his family to Colorado Springs, where he became a realtor. He then began working as a Principle in the Rudolph Company, a real estate development and construction company. Later, he co-created and operated Francis-Boehnke Construction. Roger formally retired in 2000. He was an avid nature photographer, hiker, gardener, world traveler, dancer, and reader. He was an enthusiastic and competitive tennis player.

He is survived by his loving wife of 67 years, Margaret 'Jean' Boehnke, who resides in Houston, Texas with their daughter, Jo Sue Pazda and her family; as well as son Tom and his wife who live in Fort Collins, Colorado. Roger and Jean were members of First Lutheran Church in Colorado Springs, where his ashes will be inurned.

A memorial service celebrating Roger's life will be held at First Lutheran Church, 1515 N. Cascade Avenue, Colorado Springs, Colorado 80907 on Friday, November 19, 2021, at 1:30 PM. A reception at the adjacent Peel House will follow the service. The family requests that donations be made to First Lutheran Church in lieu of flowers or gifts.
Published by The Gazette from Oct. 4 to Oct. 10, 2021.
To plant trees in memory, please visit the Sympathy Store.
MEMORIAL EVENTS
Nov
19
Memorial service
1:30p.m.
First Lutheran Church
1515 N. Cascade Avenue, Colorado Springs, CO
MAKE A DONATION
MEMORIES & CONDOLENCES
4 Entries
The Buckley SFB military Retiree Activities Office (RAO) would like to offer our sincere condolences and our gratitude for Col Boehnke's distinguished service to our country in the Army. If you would like help with any matters related to casualty assistance, Defense Finance & Accounting Service, Survivor Benefit Plan (SBP), Veterans Affairs (VA), etc. you can contact our office on Buckley SFB at 720-847-6693. The RAO is staffed by volunteers, all military retirees themselves, and our sole purpose is to provide assistance to any military retirees and surviving spouses/family members with anything related to their military service and/or benefits, in particular during difficult times such as this. We are deeply sorry for your loss. Steve Young Lt Col, USAF, Ret Director, Buckley SFB RAO
Steve Young
October 10, 2021
Roger was one of the nicest guys I know, both on and off the tennis court. Always a pleasure to talk to and happy-go-lucky.
Tom Myers
Friend
October 8, 2021
We are very sad to hear of Roger's passing. We had many years playing tennis with him & his wife at Lynmar & Rockrimmon. Competative, Fun, Kind, Loving, Wonderful people. You all are in our thoughts & prayers.
Shirley & Tom Baker
Friend
October 6, 2021
I met Roger at Lynmar Racquet Club in 1994. He was always fun to play with as well as against. Roger was a wonderful sport and had an enjoyable sharp sense of humor.
Val Snider
Friend
October 5, 2021
Showing 1 - 4 of 4 results