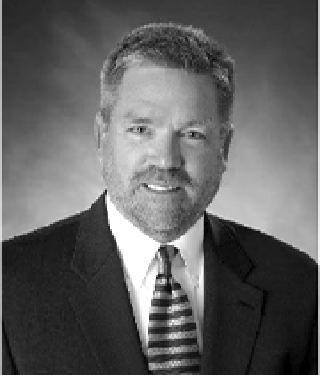 BORN
1956
DIED
2021
Osborne
THOMAS JAMES OSBORNE
January 5, 1956 March 10, 2021
Thomas James Osborne was born in St Cloud, Minnesota January 5, 1956 to Irene and Bill Osborne. He was the third of eight children. He was raised in Billings, Montana and graduated from Central High School. He attended Montana State University, Billings on a basketball scholarship and earned a bachelor's degree in Physical Education.
Tom founded the Big Sky State Games in Montana and served as the executive director from 1985 to 1993. He served as the executive director of the National Congress of State Games from 1993 to 2003 and assisted in the creation of the State Games of America. He was a member of the U.S. Olympic Committee Board of Directors and served on the executive committee from 1996 to 2000.
Tom joined the Colorado Springs Sports Corporation as the president and CEO in 2003. He was the Chairman of the Pikes Peak Hill Climb Board for 10 years. He helped bring many sporting events to Colorado Springs including the Warrior Games, premier cycling events, and helped continue the legacy of the Labor Day Lift Off.
Tom loved Colorado Springs and those who make up this community. He had many friends who he dearly loved. His staff was like family to him. He felt lucky to be part of the Pikes Peak Hill Climb and privileged to be associated with all involved. He had 'the greatest Board and Chairman of the Board I could ever wish for'. It was a good day for Tom and his family when he was recruited to Colorado Springs!
Tom was a gentle, kind man. He was a devoted husband to his wife Amy, who survives him, and to daughter Ellie (Cameron) Kuehn, son Ben (Kassy) Haughton and his beloved Charlie Rose. He was looking forward to the birth of his second grandchild 'baby Benito'. He is survived by his seven siblings Doug Osborne (Jan), Pat Osborne (Kathi), Jeanne Fritz (Larry), Mary Andrews (Michael), Cathy Johnson (Mark), Jan Grotz (Doug), Will Osborne (Tina), and many nieces, nephews, cousins, and in-laws.
In lieu of flowers, (and in classic Tom fashion), please send any donations to the Colorado Springs Sports Corporation and/or Pikes Peak International Hill Climb. The board of each organization will establish a perfect way to honor Tom. A celebration of Tom's life will be held at a later date.
Charlie's quote 'I Iove you Papa, I miss you. Have fun with the angels!'

Published by The Gazette on Apr. 4, 2021.
To plant trees in memory, please visit the Sympathy Store.
MEMORIAL EVENTS
To offer your sympathy during this difficult time, you can now have memorial trees planted in a National Forest in memory of your loved one.
MAKE A DONATION
MEMORIES & CONDOLENCES
3 Entries
Many fond memories of Tom when we were at Eastern. One of the very best people I ever had the privilege of knowing. My sincere condolences.
Kent Frette
April 8, 2021
Tom was a true gentlemen who always offered his time for everyone. He was such a conversationalist and always communicated so genuinely. What a neat guy and his presence will be missed by so many people. I wish the best to all his family and just can imagine what kind of great influence he was on them!
Pryor Orser
April 5, 2021
I am very sorry for your loss.
Colleen MacIntyre Mannion
April 4, 2021
Showing 1 - 3 of 3 results